(this was originally posted on VolksRods.com while I built the car)

I got the pan and trans painted and together, and Glenn robbed me of my drop spindles… as we were swapping them, Glenn suggested we throw the body on the pan for the Party he was having that night.
One thing lead to another and within a few minutes, the seat rails were chopped out, the trailing arms flipped (for now, until I build the new beam) and we threw it up there: 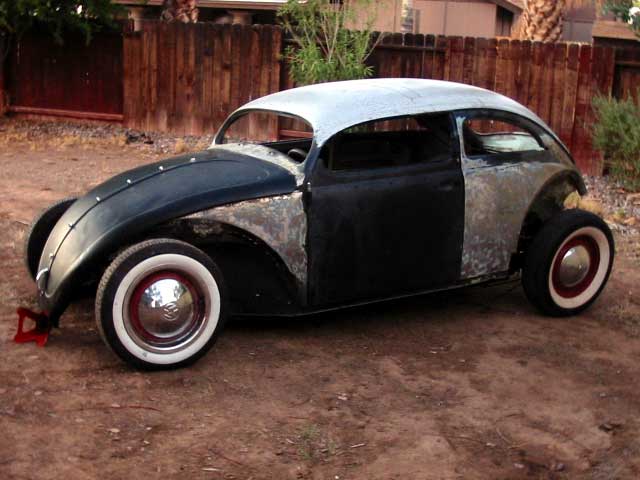