When hot starting CIS equipped cars, the accelerator pedal should be slightly depressed. If the correct starting procedure is used, and the engine will not start within 10 seconds of continuous cranking, then there is a hot starting problem.

Hot starting problems which cannot be traced to ignition system or other engine tune-up difficulties, are usually caused by vacuum leaks in the intake system, or vapor lock in the fuel system. 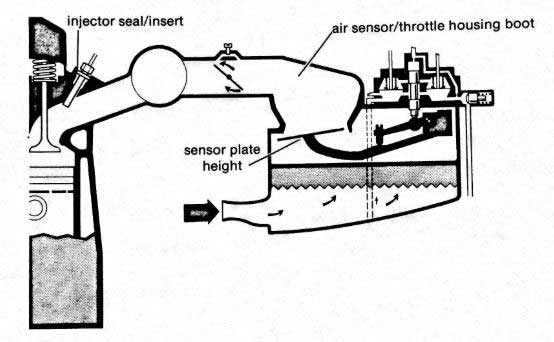 A vacuum leak between the air sensor plate and the engine can result in a fuel mixture that is too lean for good hot starting.

The lean mixture is caused by excess air which enters the engine. In extreme cases the sensor plate is not lifted enough to deliver any fuel to the injectors. 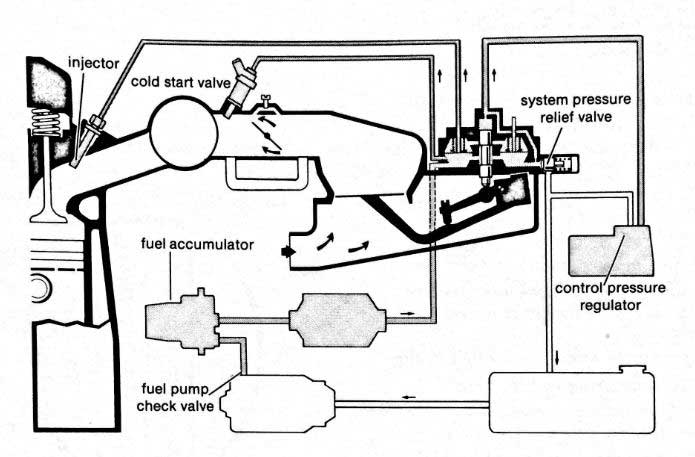 Vapor lock occurs if the gasoline boils in the fuel system. When an attempt is made to start a car that has vapor lock, the fuel injectors will deliver gasoline vapors to the engine instead of a steady stream of atomized gasoline. The result is a mixture that is too lean for starting.

The C.I.S. system is kept pressurized after the engine is shut-off with a number of seals and check valves.  Pressure is maintained even longer because of the fuel accumulator.

Some hot start problems can be caused by the type of fuel used. Gasohol, “winterized” gasoline and some fuel additives such as gas line antifreeze can start to boil at relatively low temperatures. This can result in fuel vapor lock even though the C.I.S. system is in perfect condition.