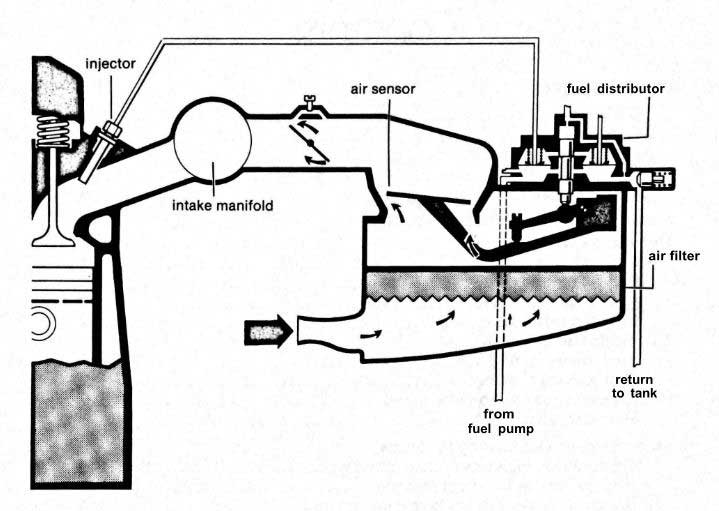 The C.I.S. system is a continuous flow mechanical fuel injection system. An air-sensor “measures” the volume of air entering the engine. The air-sensor is mechanically connected to the fuel distributor which supplies the correct volume of fuel to the engine through the fuel injectors.

The result is a very precisely controlled fuel/air mixture. 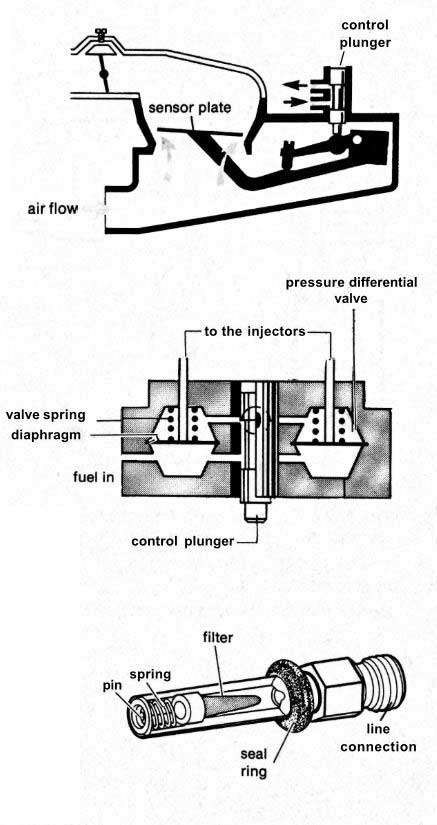 The quantity of fuel delivered to the injectors varies with the position of the control plunger.

The intake air entering the engine lifts the sensor plate.

Because the control plunger moves with the sensor plate, fuel flow is
proportional to air flow.

The fuel distributor has separate differential pressure valves for each fuel injector (one per cylinder).

These valves ensure that the fuel supplied by the control plunger is equally distributed to each injector.

The fuel injectors open at a pre-set pressure and they continuously spray finely atomized fuel into each intake port.

When the engine is stopped, the pin and spring assembly at the end of the injector closes.

This traps fuel under pressure in the line between the fuel distributor and injector to prevent vapor lock.

BACK TO TABLE OF CONTENTS