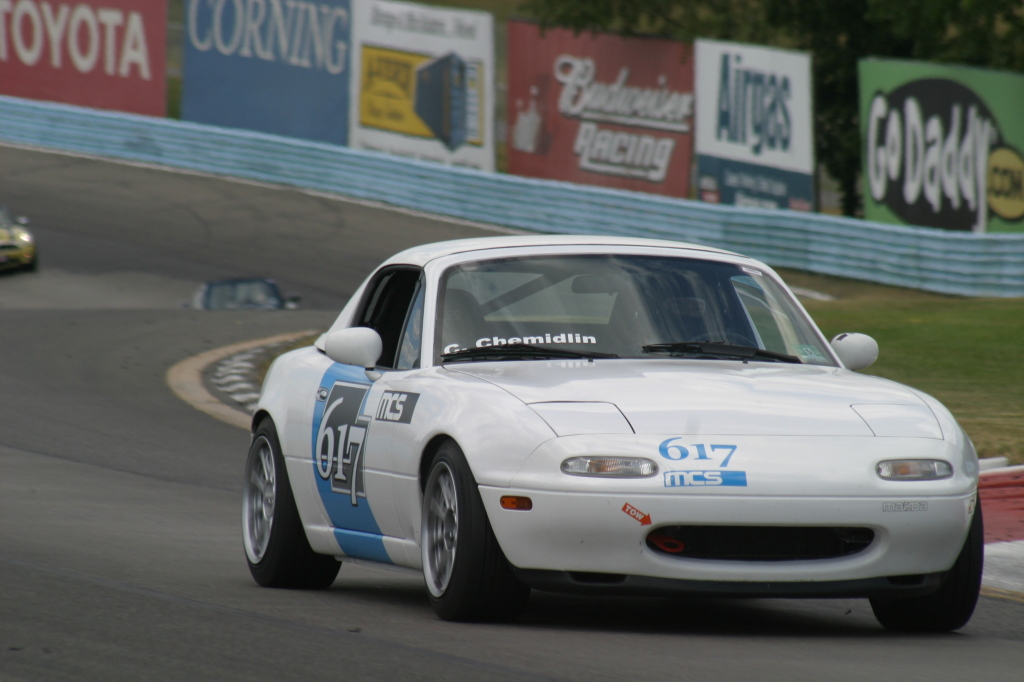 I just added the 2012 Miata Challenge season to ‘The White Car’ section.  I dated it to reflect the actual dates;  therefore, it won’t show up on the main page like this will. 😉 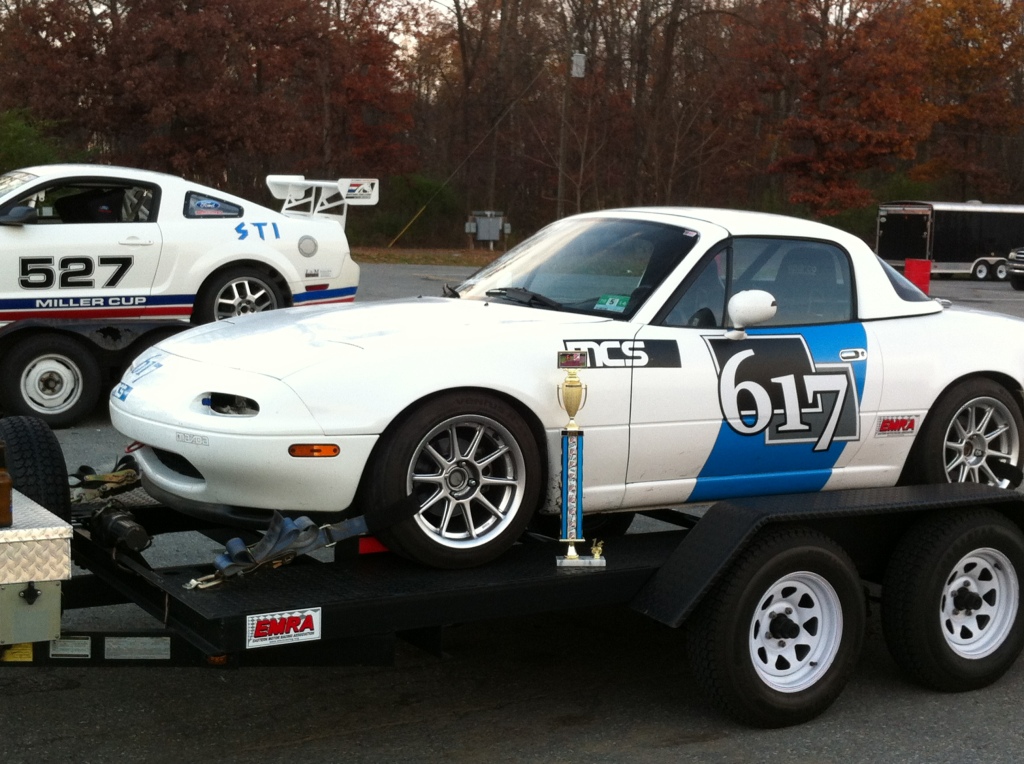 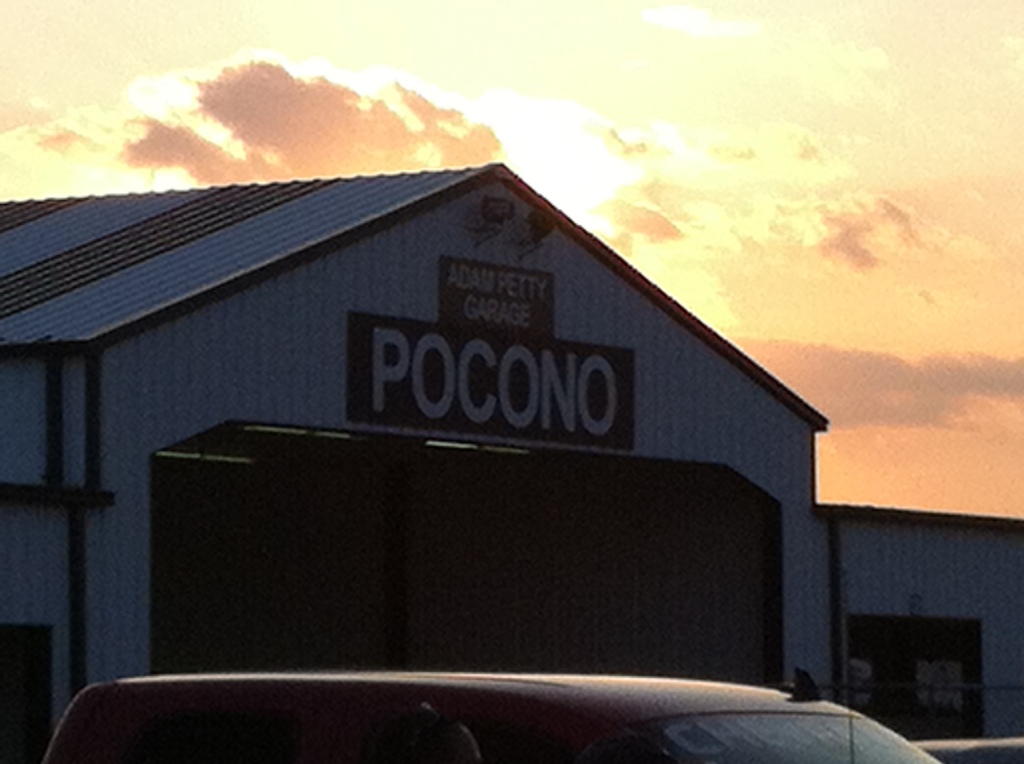 This was the first race that my father couldn’t make it to.  I went at it alone, but it wasn’t as much fun flying solo.  It didn’t help that I didn’t care for the track that much (dat transition!), and that it rained the night before (does puddles!).  I threw the car off the track 2x… like an all-4-wheels-flying-through-the-mud trip.  Clearly, this was the day I’d bin it…

…but it wasn’t.  I kinda muddled through the sessions, never really being happy with my driving, but not sucking terribly.  Besides, I was the only Miata Challenge car there! LOL.  Hopefully I won’t lose! 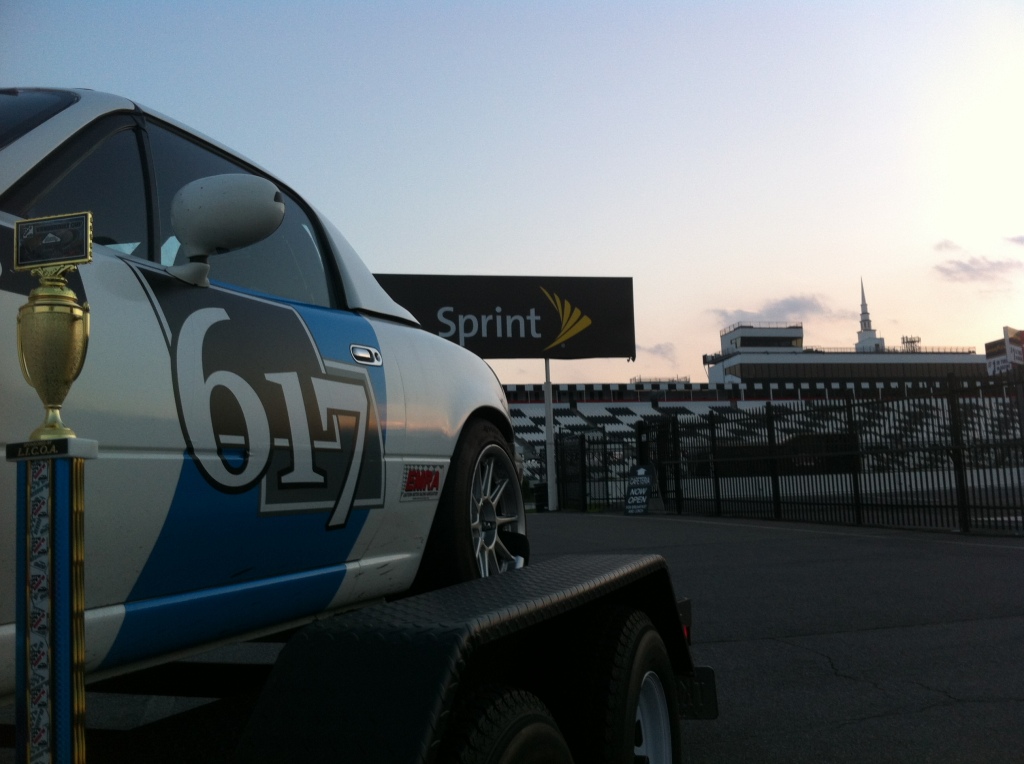 Best time; session 2.  1:06.582. Since this track is like a transformer and there are a million variations (North? South? North / South?  New pavement?  Old Pavement?), I only found this NASA record: 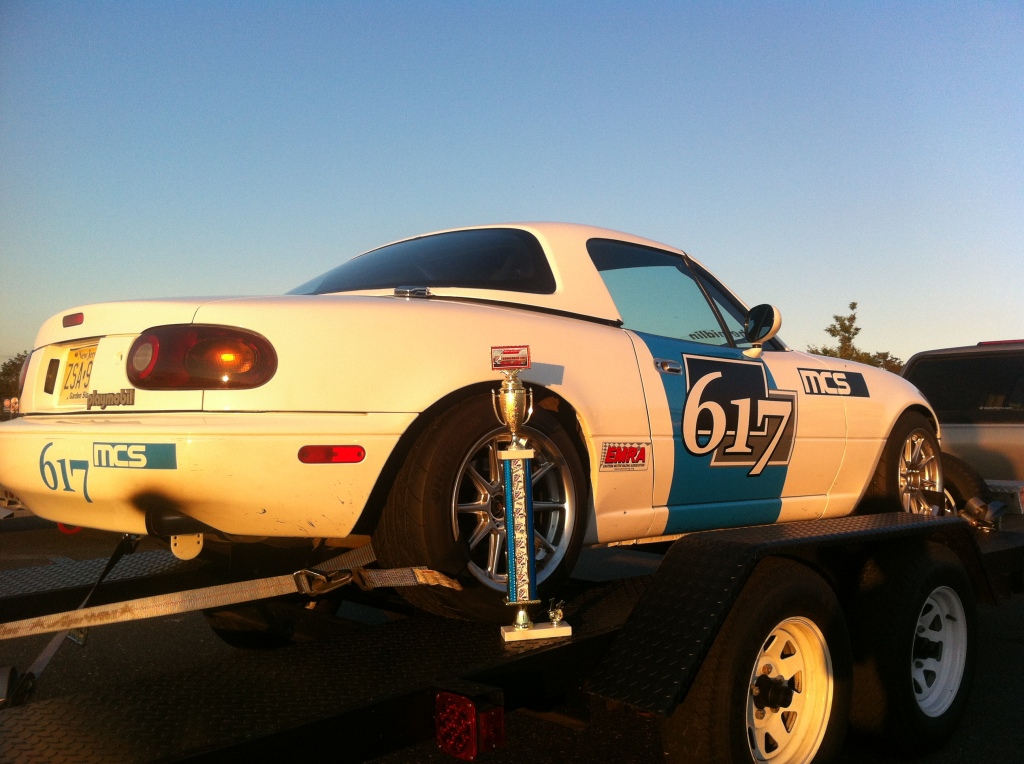 This was the second stop at New Jersey Motorsports Park.  6 cars showed up, 5 were in MCS.  I think I like the little Lightning circut – lets see if I can get some better lap times than last time.  My time previously was 1:25.010

I know it was cooler out and the track conditions were different… but a guy at my level is mostly improving with seat time alone.  Hmmmm.

I don’t have video for this event either.  Also, I have no excuse.

This was actually the 2nd MC race at Lime Rock Park; at the first one, I was not eligible for points or a trophy due to having to test for a license that day.

This was an exciting one for me.  After getting 3 trophies at the last 3 days (WGI had 2), I wanted more!  Rick Pfeiffer was there to keep me in check.

Oh Yeah!  But I have a feeling he’ll be coming like gangbusters next session! 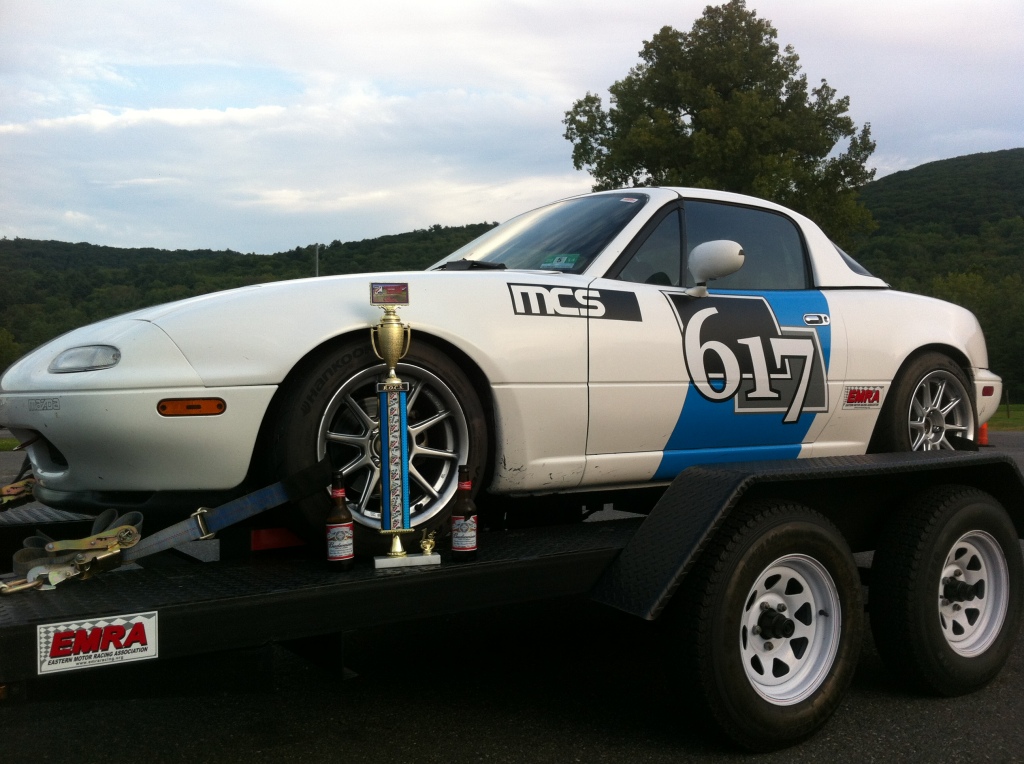 I thought this was a great lap.  MCM was won with a 1:06.024 – a full second faster, but the MCS win felt good.  I think I found my time when I found my guts at the bottom of the downhill.  If I trusted that the car would stick, and not breathe on the brakes/ let off the gas, I could carry more speed down the main straight.  I just had to man up.

Still, I’m way off the pace, but I’ll keep tracking these numbers for my own amusement.  I can’t find the video for this race. <shrug> I’ll keep looking.